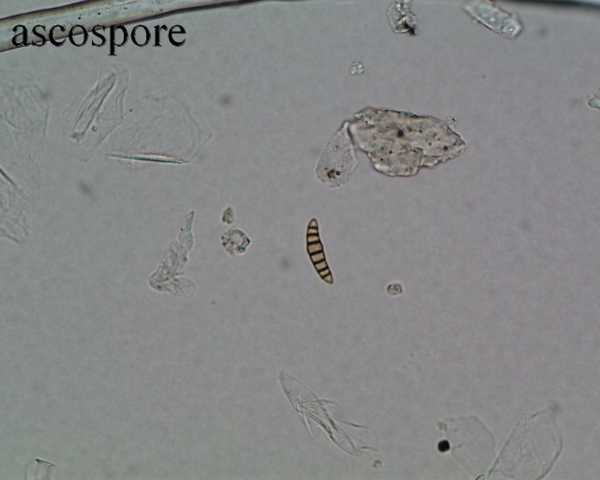 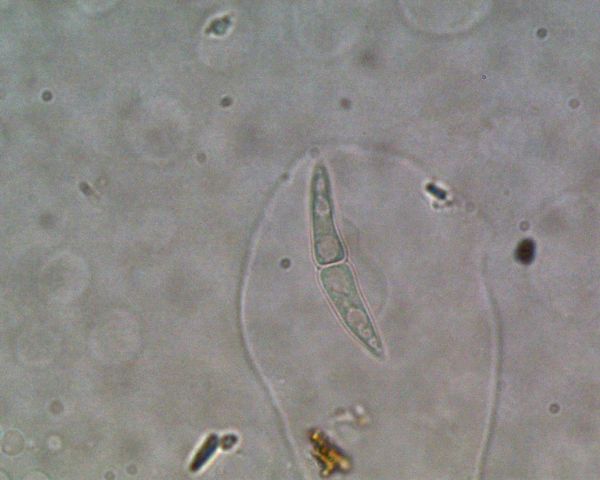 Spores are predominantly forcibly discharged during periods of high humidity or rain.

Dependent on genus and species.

Dependent on genus and species, but the vast majority do not cause disease.

Very many, dependent on genus and species.

While some ascomycetes sporulate in culture (Chaetomium, Pleospora), many are parasitic plant pathogens, and sporulate (grow) only on living host plants.

Many ascospores are distinctive. Many others will be classified as "other colorless." In general, ascospores are recognizable by the fact that they have no attachment points, and are sometimes enclosed in gelatinous sheaths or within a sac.

Many ascomycetes are distinctive, and readily identified on tape samples, especially if fruiting bodies are present.